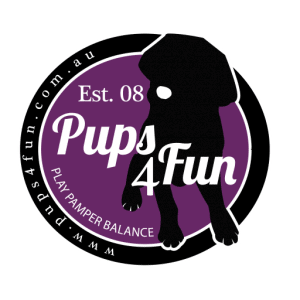 Onesies have taken over the streets as adults indulge their inner-child and retailers who caught the zeitgeist early count the dollars.

Once confined to wacky Japanese streetwear and essential wear for infants, the all-in-one jumpsuits have emerged, adult-sized and omnipresent around the nation.

It’s seen adults take the outfits from the lounge to the street, often dressed as their favourite cartoon character or in a little saucy leopard skin or down-at-home cowskin.

DJs at this weekend’s Splendour in the Grass music festival in Byron Bay will be wearing onesies provided by Onesie Town, an online business set up by Brisbane mother-of-four Alison Plath and her son Jake Kay-Lawson, only in May this year.

Ms Plath said they were now selling about 70 onesies a week.

”It’s grown in the last month basically because our ranking on Google is so high now,” she said.

She reckoned the popularity of the onesies was that they ”provided an excuse for stupidity” – and a bit of whimsy.

”I think what it is about a onesie is it’s just really fun,” she said. ”It just makes you feel happy when you’ve got one on. It’s really stupid but it lifts the mood and with all the serious stuff we’ve all got going on in our life, it’s just a bit of fun.”

Melbourne biomedical science student Daniel Labib, 24, first saw onesies or kigurumis in Japan during the snow season in 2009. He swiftly bought them all up. ”We snowboarded in them and it was so much fun and we bought them home and all our friends at home were like, ‘We need these, we need these”,’ he said. ”That’s why we decided to start selling them in Australia and since then it’s just gone crazy.”

Mr Labib, through his online business Kigu.me, started selling onesies in February last year and has since sold more than 20,000 units and sourced a factory to make them in China.

Hair stylists at Numero Uno in Queanbeyan dressed up in onesies on Friday to raise awareness for the Canberra and Region Multiple Birth Association. It was hairstylist Arielle Martin’s 20th birthday and her boss Gary Batchelor agreed to hold the day. The association was held because Miss Martin’s sisters are twins – five-year-old Kaleigh and Brydie Duve.

”We’ve had a lot people come in who usually don’t,” laughed Arielle.

Dogwalkers from Canberra business Pups4Fun raised eyebrows as they walked in onesies around Lake Burley Griffin on Friday. Owner Rhiannon Beach organised the fundraising walk as her final event for Dry July.

Bystanders might have needed a drink after seeing the onesie-wearing walkers doing the bridge-to-bridge.

”Walking 25-odd dogs usually gets people’s attention anyway but when you’re dressed up as Winnie the Pooh or Tigger, you really get their attention,” she said.